We were delighted to support the 2021 RTS Programme Awards which took place last night, recognising programmes and individuals that have raised the quality, creativity and achievement of television production over the past year.
As a long-standing Major Patron of the Royal Television Society, Sargent-Disc is delighted to have supported these prestigious awards for the 4th year. Hosted by presenter Jonathan Ross, 29 competitive awards were presented, along with three special judges awards.

The RTS Outstanding Achievement Award went to screenwriter Russell T. Davies OBE, for his impressive body of work during the last two decades. Judges said Davies has taken “television drama to places it’s never been before, explored themes never explored before, and – more than anything – told stories never allowed before.”
The Judges’ Award was presented to Anne Mensah, Vice President, Original Series at Netflix, in recognition of her talent and unwavering commitment to reflecting diversity on and off screen and bringing new stories and voices to television. The RTS Special Award was awarded to PACT for its significant contribution and support to the UK TV industry throughout 2020.

Within the competitive categories, the BBC won 14 awards, including three for Michaela Coel’s I May Destroy You, which won all its nominated categories. The Breakthrough Award went to Mae Martin for Channel 4 and Netflix’s Feel Good. Mae also won the Writer – Comedy Award alongside co-writer Joe Hampson. The inaugural RTS Comedy Entertainment Award went to Ranganation, whilst hit series The Young Offenders took home the Scripted Comedy Award.

BBC One’s In My Skin won the Scripted Series award whilst ITV saw success in the Daytime Programme and Entertainment categories for Loose Women and The Masked Singer respectively. Sky dominated the sporting categories, with Michael Holding winning the Sports Presenter, Commentator or Pundit Award and Sky Sports’ England v West Indies 1st Test – Black Lives Matter, picking up the Sports Programme Award, described by the judges as “a remarkable piece of television.”

Chair of the Awards, Kenton Allen, said: “The incredible range of programming we have seen across all genres and categories in this uniquely challenging year has been exceptional and a terrific representation of the thriving and constantly innovating television industry we have in the UK.” 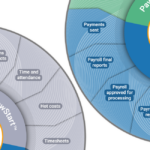