It was with great pleasure that Sargent-Disc, a Cast & Crew company sponsored The Production Guild of Great Britain’s Summer Drinks on Thursday 8th September at The Bloomsbury Hotel. The evening brought together around 300 attendees, including many of our clients in the field of finance and accounting.

Not long after the event began, news came of the sad passing of Her Majesty Queen Elizabeth II, leading to an understandably sombre tone and an unmistakable sense of shock throughout the room. In tribute, Sargent-Disc, The Production Guild and its members and partners joined in a toast to the Queen’s life, celebrating her incredible reign and unwavering service to the country.

Her Majesty Queen Elizabeth II was a great supporter of the UK film and television industry. Her patronages included the Royal Academy of Dramatic Arts, the Royal Variety Charity and the Cinema and Television Benevolent Fund (Film & Television Charity). In 2013, The Queen received an Honorary BAFTA in recognition of Her Majesty’s outstanding patronage of the film and television industries.

The setting – The Bloomsbury’s George V ballroom – was a fitting one, having been renovated in 2019 as a homage to Her Majesty’s grandfather HRH George V, with an ornate, contemporary design inspired by the monarch’s extensive travels.

We extend our sincerest condolences to The Royal Family at this time. 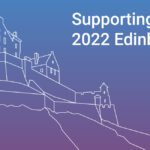 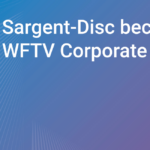