It was our absolute pleasure for Sargent-Disc (a Cast & Crew company) to be Headline Sponsor of the 2022 Edinburgh TV Awards, which took place on Thursday 25 August at a glittering ceremony hosted by writer and comedian Sophie Ducker.

A total of 20 awards were presented on the night including the prestigious Channel of the Year title, which went to Channel 4 whose Director of Content Ian Katz was on hand to receive the Award from Jury president Sue Vertue. Other winners in the most sought-after categories included Sharon Horgan and Clelia Mountford’s company Merman (Motherland, This Way Up) which was named Production Company of the Year, whilst Firecrest Films (Michael Palin’s Travel of a Lifetime, Life: Behind Bars) received the Small Indie of the Year Award.

Sargent-Disc’s Sarah McKenzie, Business Development had the honour of presenting the Best Drama award to the team behind hit drama The Responder starring Michael Freeman, made by Dancing Ledge Productions for BBC One. Best International drama went to Pachinko, representing the first win at the awards for Apple TV+. Netflix’s Sex Education took home the Best Comedy Series award whilst the TV Moment of the Year Award went to See Saw Films / Netflix’s Heartstopper for Charlie and Nick’s First Kiss.

We were particularly delighted to celebrate the first ever recipient of Edinburgh’s new Climate Impact Award. The prize went to Channel 4 documentary Joe Lycett Vs the Oil Giant, by Rumpus Media, and it was a fantastic moment to see this important new category introduced at the first Edinburgh TV Awards following the critical signing of the Climate Content Pledge at Cop26 last year.

The awards topped off an exceptionally well-attended Festival, where the return to an in-person, live event for the first time since 2019 was resoundingly welcomed by industry. The atmosphere buzzed throughout three days of packed-out events.

Ahead of the festival, Sargent-Disc Director Laurence Sargent reflected in this Broadcast article on Edinburgh’s significance in the UK TV industry calendar, celebrating its reputation for “providing a platform for challenging issues to be explored and important conversations to be had.”

This year was no exception, with broadcaster Emily Maitlis’ McTaggart Memorial Lecture, ‘Boiling Frog: Why We Have to Stop Normalising the Absurd’, provoking powerful discussion around news and impartiality. In it, Maitlis warned against the rise of populism and highlighted the role that reporters and broadcasters should play “to hold power to account without fear or favour.”

Elsewhere, Rose Ayling-Ellis’ powerful Alternative MacTaggart Lecture saw the deaf actress, BSL campaigner and Strictly Come Dancing winner urge the TV world to “be braver and have the courage to make changes”, such as bringing deaf consultants in to work with writing teams. Stressing the important difference between representation and access, she urged the industry to think about both in her impactful speech, which provided valuable insight into the stark realities of life as a Deaf person working in television. 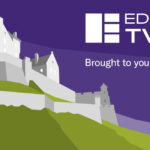 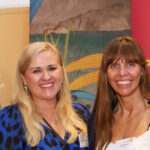