Reducing the carbon footprint of financial processes that help deliver high-profile international shows has been an increasing priority for film and high-end TV productions in past years, and the global pandemic has only accelerated the uptake of paperless procedures. More accounting teams are moving away from traditional paper systems and opting for digital applications like CrewStart™. Delivered by Sargent Disc, a Cast & Crew company and the UK entertainment industry’s leading supplier of integrated payroll, residual, accounting and software services.

Sargent-Disc teamed up with its official partner Bafta albert to explore the value of using CrewStart™ over paper accounting processes on films and HETV productions. Let’s take a look at how one recent title – upcoming fantasy The Sandman, produced by Warner Bros. Television for Netflix, carbon savings weighed up.

Bafta albert figures show that ‘Location and Studio based Narrative’ is the most emission-intensive production method, generating an average of around 30 tonnes of carbon (30.7 tCO2e) per broadcast hour in 2021.

CrewStart™, Sargent-Disc’s onboarding application, helps production teams automate the processing of contracts, start forms, daily rate vouchers and timesheets, enabling an entirely paperless process throughout the duration of production. To find out more about how CrewStart™ can bring down your production’s carbon footprint, contact marketing@sargent-disc.com

Using CrewStart™ for start forms, contracts and timesheets, The Sandman production team made an estimated carbon saving of more than 3 tonnes (3.1 tCO2e), equivalent to 290 kgCO2e per hour across the 11 x 60’ series.

This works out as a 1% reduction compared to average emissions generated per broadcast hour for a production of this type.

Calculations were based on factors including number of crew, contract pages and time sheets submitted throughout the duration of production, and estimations of carbon saved by CrewStart’s digital archiving capability which removes the need to transport documents to physical storage at studio headquarters, which are often overseas, for example in LA.

“3 tonnes is roughly equivalent to the amount of CO2 one person in the UK emits over a period of 3 months,” says William Bourns, BAFTA Sustainability Analyst. “Or you could look at it as three people’s return flights from London to New York, or driving 18,000 kms in a diesel car. In a production context, is equivalent to powering a honey wagon for 8 hours a day for a year. 3 tonnes is a significant saving, and when you look at it as 1% of the average hourly emissions generated, it’s a meaningful reduction, especially for productions trying to do all they can in the current climate emergency.”

Ann Marie Fitzgerald, Production Controller on The Sandman, agrees. “The environmental benefits of Crewstart are hugely important for the [Warner Bros. Television] Studios, in terms of reducing and reporting on carbon emissions. To see how much carbon we saved using it on The Sandman is incredibly meaningful. The pandemic made this kind of software even more essential, but in practice it’s also making a world of difference to our efficiency.

When you sign a contract digitally, it’s stamped with the name, time and code, so you have an audit trail of where it is at all times. Nothing gets lost – it’s all there. I can’t imagine going back to having mountains of documents that we had to chase people to sign, and then ship off for storage at the end of a production. CrewStart has transformed the way my team in the Accounts Department works.”

Sargent-Disc’s Digital Production Office® suite of software and applications are designed to help film and TV production and accounts teams work more efficiently and securely wherever they are based, whilst also reducing the carbon footprint of productions. Applications include CrewStart™, Payroll, Payslip, Payscales, Digital Purchase Order, Production Card and PSL+. Find out more here. 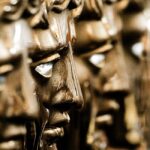 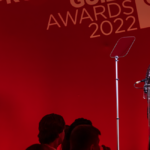